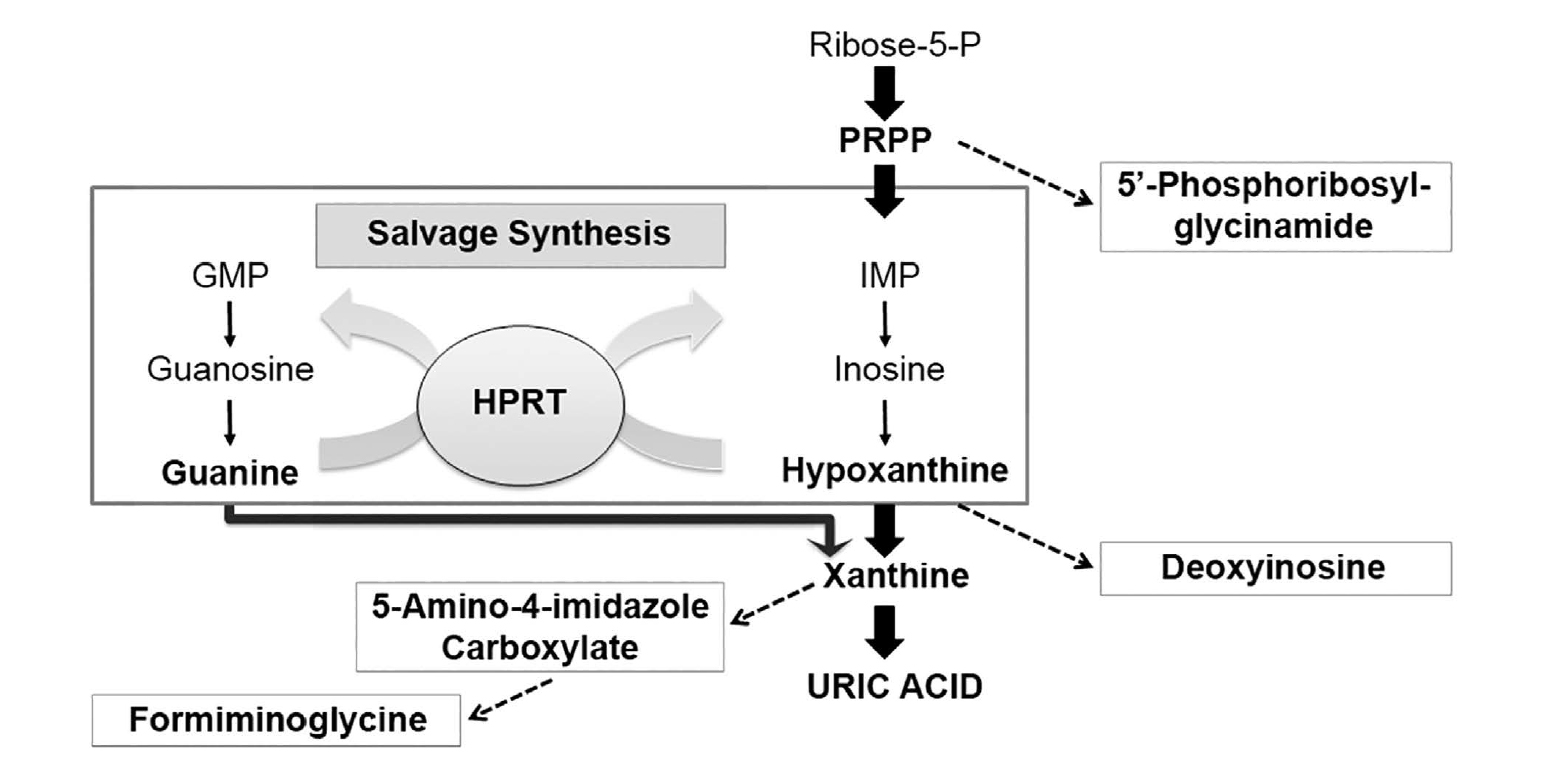 Lesch-Nyhan disease (LND) is a mercifully-rare, but severe neurological disorder that is caused by changes in a key gene in the biochemical system that is involved in recycling of nucleic acids. The particular gene in question is termed hypoxanthine phosphoribosyltransferase (HPRT), and this gene codes for an enzyme that is required for efficient recycling of purine nucleotides. One of the main issues that arises as result of this is the build up of uric acid in various areas of the body and this can lead to the development of uric acid crystals in the kidneys and/or bladder; alternatively the crystals may deposit in joints and produce gout-like arthritis.

Two other key symptoms in Lesch-Nyhan patients involve abnormalities in the nervous system or brain, as well as self-injurious behaviour. It is not clear whether these later symptoms are related to the overproduction of uric acid or whether there are other causes.

Since rats are intelligent animals, they are good for studying neurobiology and diseases of the brain, we have used genetically-modified embryonic stem cells to generate an HPRT knock-out rat. A recent study, led from the University of Edinburgh and involving Andrew Gill who is now at JBL Science, has been published in Scientific Reports and describes the work done to produce and characterise these rats.

Male HPRT-deficient rats were essentially normal, but when we used mass spectrometry to look in detail at the metabolic pathways in the brain we found changes consistent with disruption of purine recycling as well as changes in the core metabolite citrate and reduced levels of lipids and fatty acids.

Using targeted tandem mass spectrometry approaches, similar to those now offered routinely by JBL Science, we also identified reduced levels of dopamine in the rat brains and this finding has been noted previously in human LND patients and HPRT knock-out mice.

Our new rat model of Lesch-Nyhan disease should allow us to work out how disruption of purine metabolism affects neural function and behaviour - reduced dopamine levels might represent one important factor given the importance of dopamine in the 'reward' circuitry of the brain.

The article can be retrieved from the University of Lincoln's central repository below: