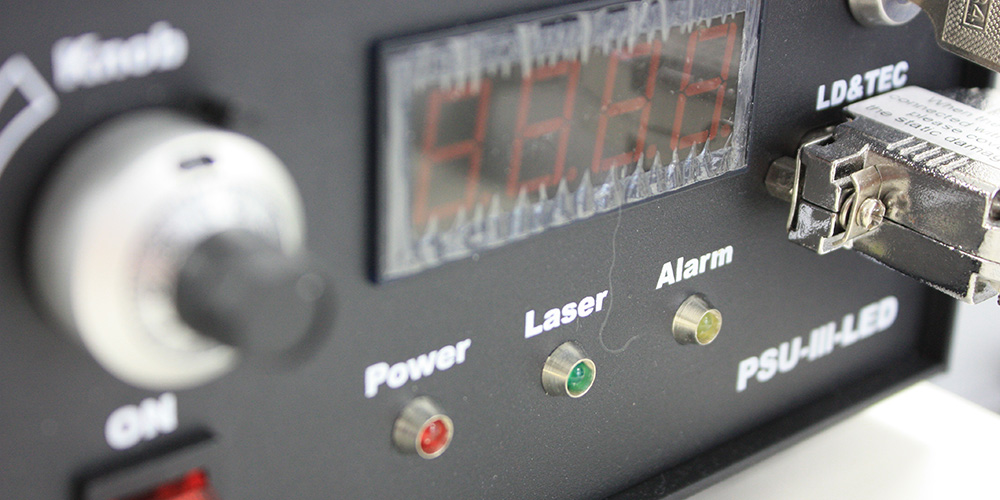 In addition to this, for study of nanoparticles we use a Mastersizer particle analyser which employs optics to enable analysis of particles up to 3.5mm in diameter using the same light scattering approach.

Since there is a direct relationship between the intensity of the scattered light/angle and particle size (Mie theory) this allows the particle size to be determined.

Similar to DLS, laser particle tracking uses the scattering of small particles by light to determine motion and therefore particle size. With this technique, however, the particles are visualised directly via the scattered light using a microscope, tracking software measures particle movement and the Stokes Einstein equation is then applied to determine the hydrodynamic diameter of the particles.

As the particle moves so the two charged layers move with it forming a hydrodynamic boundary across which occurs a potential difference, the zeta potential.

If the zeta potential within a system is sufficient (either positive or negative) then the repulsion between the particles will be sufficient to keep the particles in suspension thus avoiding aggregation.

Our nanomaterial testing can be applied to a range of colloidal nanomaterials (e.g. silver, gold, carbon). In addition, biomolecules can be assessed to determine protein aggregation or characterisation of vesicles.

Samples should be capable of forming stable liquid colloids / suspension and in order to scatter light should be ≤3.5mm in diameter. Minimum sample volume is typically of the order of 1ml, although less may be required.